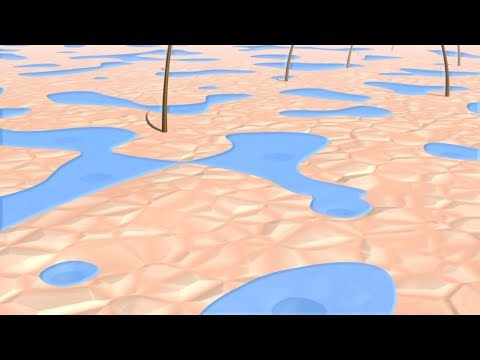 Use it or lose it: the economics of exercise adaptation

Running Primate in the press

A small but growing number of scientists are actively researching questions related to the evolution of human running and human endurance biology. This page is intended to serve as a semi-frequently updated repository of this work. Most are peer-reviewed scientific papers, but I've tried to include a few general-audience articles as well.  So...why ask these questions?

Between 5 and 7 million years ago, some African apes evolved adaptations enabling them to move about on 2 legs ("bipedalism") for short periods of time, supplementing their arboreal lifestyle. By about 1.8 million years ago, with Homo erectus, there was a second bipedal transition: these human ancestors had adapted to a life fully spent on the ground, covering distance with efficiency. These traits have been conserved through our own species. In fact, modern humans can run long distances, in the heat, at a variety of paces, better than almost any other animal on earth. This unique ability demands explanation.  What pressures are responsible for this evolved ability? Have humans evolved to run long distances, or is our unique running ability a byproduct of adaptations for walking or other pressures?  Either way, this conspicuous ability has an evolutionary history.

Start here! This paper is geared towards exercise science professionals who may lack a background in evolutionary biology.

Endurance running and the evolution of Homo

Outlines the argument for running as an adaptive feature of genus Homo (that is, produced by natural selection).

The energetic paradox of human running and hominid evolution

David Carrier was perhaps the first to suggest that human running is noteworthy and adaptive.

Dan Lieberman's most recent summary of how endurance running may have evolved and how it is tied to thermoregulation.

Heat dissipation through sweating enables modern humans to run without overheating.  Homo erectus displays body proportions similar to us.  Could these hominins have shed heat well enough to be efficient runners?

Analyzing the locomotor abilities of the enigmatic Homo erectus fossils from Dmanisi, Georgia.  These diverse, small-brained specimens have upended our understanding of the early evolution of H. erectus, but what do they tell us about the evolution of endurance running ability in this species?

1.5 million year old footprints demonstrate modern human foot biomechanics. These prints are amazing; I spoke with the lead researcher at a conference and he is a rad and lucky dude.

Walking, running, and the evolution of short toes in humans co-authored by Joseph Hamill of the UMass Biomechanics Laboratory. Tests the hypothesis that short toes evolved as an adaptation for endurance running.

Title says it all.

The evolution of human running: Effects of changes in lower-limb length on locomotor economy

The Human Body is Built for Distance-- New York Times article summarizing current (well, 2009) research pertaining to the role of running in human evolution, including some of the primary research articles listed on this blog.

Economy and endurance in human evolution

Herman Ponzter, who mostly works on questions of metabolism and energetics, here directly addresses the question of hominin running.  My summary of this paper can be found here.

These authors have identified one genetic change, which occurred 2-3 million years ago in the human lineage, that had profound effects on running endurance and oxygen utilization. Seldom is one genetic change so profound, and it explains part of how we evolved to run.

The introduction summarizes several hypotheses regarding the evolution of human running in an uncritical and adaptationist fashion. But the rest of the article nicely discusses the human body's protective and adaptive responses to endurance running, especially responses in the brain.

Anything an animal does, it does in the context of its surrounding environment, constrained by energy, time, and risk.  Endurance running ability likely emerged some 2 million years ago (a rough estimate and moving target), so we should view running in the ecological context of that time--the early Pleistocene--and we must ask what utility it could have had.  Not surprisingly, hypotheses for the purpose of running mostly center on food acquisition: hunting (the "persistence hunting hypothesis"), scavenging, and plant gathering.  Many researchers place especially great importance on the high energetic cost of running, and wonder if the net gain in food gathering enabled by running would be enough to offset its cost.  Testing these hypotheses requires an understanding of the environment our ancestors evolved in.  What food was available?  Was it seasonal?  How widely dispersed was it?  Paleoecologists are hard at work on these questions and those of us interested in the evolution of human running will do our best to apply it.  Following are papers discussing ecology and energetics in human evolution in ways that bear (directly or indirectly) upon the question of endurance.

Early Homo put into an ecological context.  How did they forage for food, and how did they physically adapt to this ecology? Key point: Early humans increased their home range through greater locomotor ability, but not necessarily economy.  In this light, the increased energetic cost of our exceptional bipedal ability makes sense. A wonderful argument from comparative biology.

Energetics and the evolution of the genus Homo

More on the interconnected adaptations that arose early in our genus.

Grandmothering and the evolution of Homo erectus

Outlines a case for a plant-based (vs. the traditional "man the hunter") dietary adaptation in Homo erectus, with surprising implications.

Optimal running speed and the evolution of hominin hunting strategies

Could hominins have performed persistence hunts at a pace that was both effective and efficient? The authors claim to demonstrate that humans do have optimal and suboptimal running speeds, contrary to conventional dogma, and they further argue that human running was therefore an unlikely activity early in our genus.  However, see "Ecological energetics" (above) for an explanation of mammal foraging efficiency, demonstrating that natural selection should not increase locomotor economy in species that already achieve high energy returns from foraging.

Here's a fun one: Male fetal exposure to testosterone (and subsequent "mate quality") is positively correlated with running performance. Very cool, but consider their conclusions with discretion. This isn't an energetics argument but I didn't know where else to put it!

The expensive tissue hypothesis and its offshoots claim that human energy expenditure (metabolism) must have deceased to accommodate a growing brain.  This zero-sum model of energy may be incomplete- human's total energy expenditure increased.  This thinking is important in reconciling high physical activity levels (including running and walking) hypothesized in early humans.

My breakdown of this paper can be found here.

My breakdown of this paper can be found here.

Several papers by Herman Pontzer outline his recent hypothesis that humans have "constrained total energy expenditure": the body seems to respond to increased exercise by reducing overall metabolic rate.  This helps explain why moderate exercise is a lousy way to lose weight, and more interesting (to me) it suggests that evolution has shaped our metabolism to conserve energy.  (It should be noted that, even in this model, exercise has a metabolic cost, and so very active athletes will indeed have very high total energy expenditure.) Here are 4 of his papers:

Energy constraint as a novel mechanism linking exercise and health

An interesting hypothesis providing an evolutionary explanation for why and how exercise is good for us.

The crown joules: energetics, ecology, and evolution in humans and other primates

...and a Scientific American article summarizing much of this in a friendlier format (requires a                 subscription): https://www.scientificamerican.com/article/the-exercise-paradox/

Biology of the modern running primate

The study of modern human exercise biology helps us investigate its evolutionary history.  Exercise physiology is a huge field of study; here I merely hope to keep a short list of papers I've found especially helpful and pertinent in thinking about the evolution of endurance.

Summarizes current (as of Dec 2019) studies that ask evolutionary questions using modern human endurance athletes as a model, and suggets how this approach can shed light on our evolutionary past.

Evidence for an evolutionary tradeoff between power and endurance.

Wired to run: exercise-induced endocannabinoid signaling in humans and cursorial mammals with implications for the ‘runner’s high’

Humans and dogs are found to produce high levels of endocannabinoids in the brain after endurance running, a reward mechanism that may have evolved to encourage us to run.

Transient hypofrontality as a mechanism for the psychological effects of exercise

An interesting and complementary hypothesis to the endocannabinoid explanation for altered consciousness during endurance exercise.

Mobility as an emergent property of biological organization: Insights from experimental evolution

A fantastic overview of 20 years of selective breeding for running-loving mice.  The authors clearly summarize the genetic, biological changes associated with selection for increased voluntary endurance running and suggest how these results can inform our view of how mammal running evolves (humans too).

More on how the brain responds to exercise: Resistance (strength) training, in addition to running, increases BDNF, which protects brain neurons and stimulates neuron growth.

The current understanding of how muscle fiber type transitions (fast to slow twitch, etc.) are controlled.

Current (as of 2012) understanding of the several "energy systems" providing energy to human skeletal muscle.

Written for physicians, this paper gives an excellent and in-depth (to me) review of the mechanisms of muscle adaptation to endurance exercise.

The biomechanics of running

Title says it all.

Demonstrates that the IT band has an important function during running, one that is not employed during walking

The human gluteus maximus and its role in running

Glutes: likely an adaptation for endurance running, not walking.

A technical but informative summary of how carbohydrates are metabolized for energy.